A brachial plexus injury results from the injury to the network of the nerves and manifests as impairment of motor and sensory functions of the involved upper limb. Brachial plexus injury is usually sustained in high speed motor bike accidents. These injuries occur in approximately 4.2% of motor cycle accidents.1 Other less common modes of injury include automobile accidents, falls, sports injury, bicycle and pedestrian accidents, stab and gunshot wounds, inflammation ( Brachial neuritis or Parsonage Turner syndrome) and compression by tumors. The magnitude of injury may vary in severity from a mild stretch to the nerve root tearing away from the spinal cord.

Brachial plexus injury leads to weakness or a partial or complete paralysis of the involved upper limb depending on the nerves injured. There may be an impairment or a total loss of sensation. Few patients experience burning or crushing kind of pain in the affected extremity.

Anatomy of brachial plexus
The brachial plexus is a network of nerves that originate from the spinal cord (5th to  8th  cervical (C5–C8), and 1st  thoracic (T1) spinal nerves)  and  control the movement and sensation in the upper limb. The brachial plexus is formed by a union of anterior rami of the lower four cervical (C5 through C8) and the first thoracic (T1) spinal nerves between the anterior and middle scalene muscles. Some nerve fibers to the plexus may originate from the fourth cervical (C4, prefixed) or from the second thoracic (T2, post fixed) nerves. The sympathetic ganglion is in close relation to the T1 root. Three nerves receive contributions at the root levels; dorsal scapular nerve (C5,C6) supplying the levator scapulae and the rhomboid muscles, long thoracic nerve( C5,C6,C7) which supplies the serratus anterior muscle, and phrenic nerve (C3,C4,C5).

1. Neuropraxia – It is caused   by stretching of nerves and usually recovers spontaneously.

2. Rupture – The nerve is torn but maintains its attachment to the spinal cord.

3. Avulsion – The nerve is torn away from its attachment at the spinal cord. It is the severest form of injury and presents as partial drooping of upper eyelid, if roots involved are C8 and T1 (Horner’s syndrome).

As per involvement of nerves

1. Upper brachial plexus injury – It involves the C5, C6 spinal nerves and presents with a weak shoulder and elbow. Functions of hand remain intact. In obstetric group it is called Erb’s palsy. Involvement of C7 nerve is termed as an extended upper plexus injury.

2. Total brachial plexus lesion – It affects almost all the nerves of the plexus and presents with a flail limb without sensations.

3. Lower brachial plexus injury– This type of injury involves the infraclavicular part of plexus. Shoulder functions are intact but elbow and hand are paralysed. 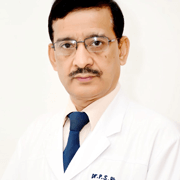